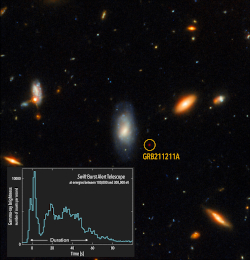 
Gamma-ray bursts (GRBs), those mysterious titanic explosions discovered by chance in the 1960's by the Vela satellites (designed to detect evidence of titanic explosions on earth), have puzzled scientists for decades. Our understanding of GRBs has clarified over the past 30 years: the pinpointing by the SAX space observatory of a Gamma-ray burst in another galaxy, showing that at least some of these events were extragalactic and therefore extremely powerful; establishing that gamma-ray bursts divided into "long" bursts and "short" bursts lasting less than a few seconds by the Compton Gamma-ray Observatory and the Fermi Gamma-ray Space Telescope; and discovering that some short gamma-ray bursts were associated with the emission of gravitational radiation by Fermi, INTEGRAL, and LIGO, which connected short gamma-ray bursts with a "kilonova", the merger of two neutron stars. Thus the generally accepted view is that short GRBs and long ones are fundamentally different: short bursts signal the merger of neutron stars, while long bursts signal the explosion of a very massive star at the end of the star's life. But for every rule there is an exception, of course. On December 11, 2021, the Neil Gehrels Swift Observatory and Fermi detected a long GRB lasting about 100 seconds. Follow-up observations by two independent teams of scientists using the Gemini North and Gemini South telescopes, and other ground-based facilities, discovered strong evidence that this long burst came from a kilonova event. In particular, the ground-based observations revealed a tell-tale near-infrared afterglow at the precise location of the GRB. This infrared afterglow is believed to be a signal of the production of heavy elements (like gold) created in a kilonova. The image above shows the position of the mysterious GRB, while the inset shows the burst of gamma-rays detected by Swift over the duration of the burst. If this GRB was truly produced by a merger of neutron stars, the fundamental question is: why did it last so long? 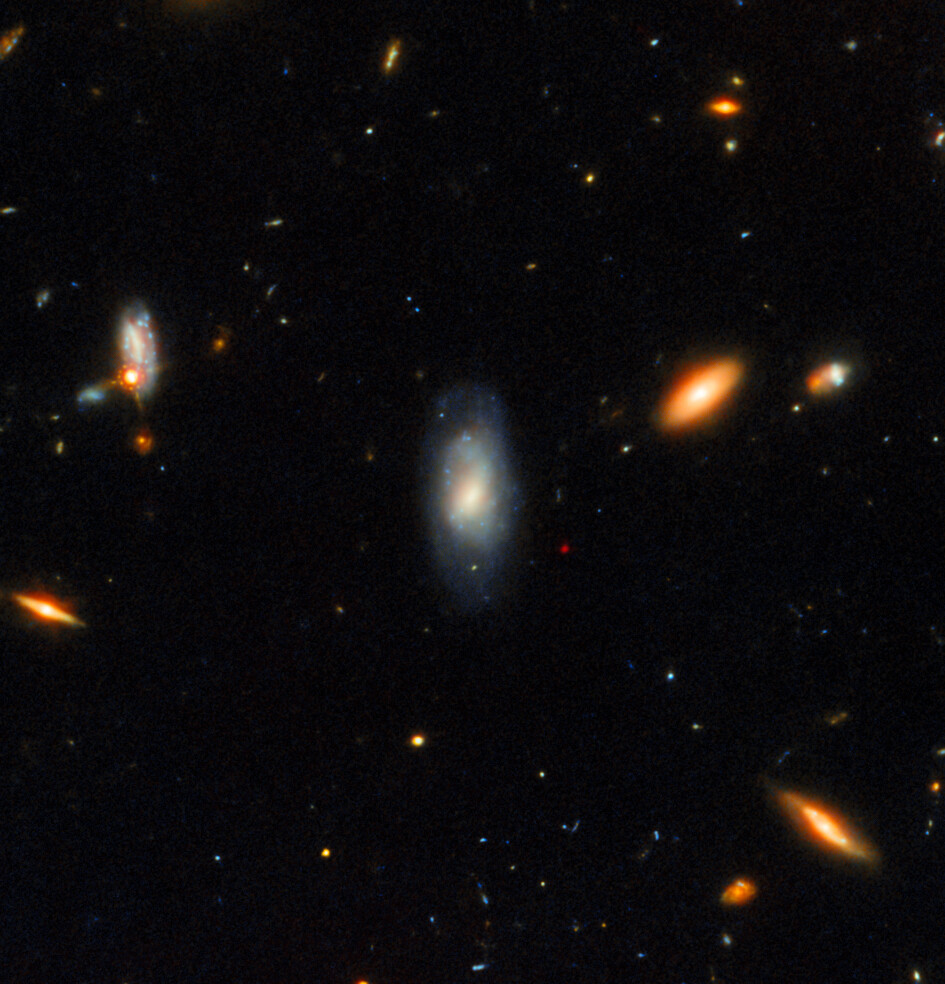 While studying the aftermath of a long gamma-ray burst (GRB), two independent teams of astronomers using a host of telescopes in space and on Earth, including the Gemini North telescope on Hawai‘i and the Gemini South telescope in Chile, have uncovered the unexpected hallmarks of a kilonova, the colossal explosion triggered by colliding neutron stars. This discovery challenges the prevailing theory that long GRBs exclusively come from supernovae, the end-of-life explosions of massive stars.

Gamma-ray bursts (GRBs) — the most energetic explosions in the Universe — come in two varieties, long and short. Long GRBs, which last a couple of seconds to one minute, form when a star at least 10 times the mass of our Sun explodes as a supernova. Short GRBs, which last less than two seconds, occur when two compact objects, like two neutron stars or a neutron star and a black hole, collide to form a kilonova.

While observing the aftermath of a long GRB detected in 2021, two independent teams of astronomers found the surprising signs of a neutron-star merger rather than the expected signal of a supernova. This surprising result marks the first time that a kilonova has been associated with a long GRB and challenges our understanding of these phenomenally powerful explosions. ...


A Kilonova Following a Long-Duration Gamma-ray Burst at 350 Mpc ~ J. C. Rastinejad et al
A Nearby Long Gamma-ray Burst from a Merger of Compact Objects ~ E. Troja et al
Know the quiet place within your heart and touch the rainbow of possibility; be
alive to the gentle breeze of communication, and please stop being such a jerk. — Garrison Keillor
Top
2 posts • Page 1 of 1