Comments and questions about the APOD on the main view screen.
28 posts

Perfectly accurate? Heck no! Good enough? I thought so. 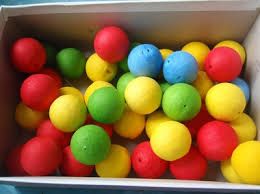 These are the kind of cotton balls that I used for my model of the inner Solar system. In Swedish they are called "flirtkulor", literally "flirt balls", and the name is totally innocent in Swedish since we all know that these things are toys for kids, or they used to be toys for kids before kids started hanging out on Instagram and Snapchat all the time. At least in Sweden.

Anyway, "flirtkulor". The first time I tried to talk about in English about my model of the inner Solar system, and had to find a way to translate "flirtkulor" in a way that didn't sound totally outrageous in English, I settled on "cotton balls". After all, these little things are made of cotton.

The milestone in Malmö from 1676. Not sure how long a Scandinavian mile
was back then. Photo: Sven Rosborn.


(A mile, by the way, is a dastardly difficult unit for Swedes, because we tend to think that "a mile" is the same thing as "a Scandinavian mile", which is 10 kilometers. Ouch!)

Ann wrote: ↑Sat Sep 21, 2019 7:09 pm
By the way, Art, thanks for pointing out that on the scale I used for my model of the inner Solar system, a mile would correspond to eight Astronomical Units!

(A mile, by the way, is a dastardly difficult unit for Swedes, because we tend to think that "a mile" is the same thing as "a Scandinavian mile", which is 10 kilometers. Ouch!)

Old kid's joke: "smiles" must be the longest word since there is a mile between the first and last letters. On your ornery orrery: 1 AU = a "flirtkulong"


https://en.wikipedia.org/wiki/Furlong wrote:
<<A furlong is a measure of distance in imperial units and U.S. customary units equal to one eighth of a mile. The name furlong derives from the Old English words furh (furrow) and lang (long). It originally referred to the length of the furrow in one acre of a ploughed open field. The furlong (meaning furrow length) was the distance a team of oxen could plough without resting. This was standardised to be exactly 40 rods or 10 chains. An acre is an area that is one furlong long and a chain wide.

The furlong was historically viewed as being equivalent to the Roman stade (stadium), which derived from the Greek system. The King James Bible uses the term "furlong" in place of the Greek stadion. In the Roman system, there were 625 feet to the stadium, eight stadia to the mile, and three miles to the league. A league was considered to be the distance a man could walk in one hour, and the mile consisted of 1,000 passus (paces, five feet, or double-step).>> 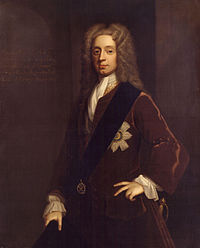 https://en.wikipedia.org/wiki/Orrery wrote:
<<An orrery is a mechanical model of the Solar System that illustrates or predicts the relative positions and motions of the planets and moons, usually according to the heliocentric model. It may also represent the relative sizes of these bodies; but since accurate scaling is often not practical due to the actual large ratio differences, a subdued approximation may be used instead. Though first orrery that was a planetarium of the modern era was produced in 1704, and one was presented to Charles Boyle, 4th Earl of Orrery – hence the name. They are typically driven by a clockwork mechanism with a globe representing the Sun at the centre, and with a planet at the end of each of the arms.>>