http://siegfried.bauer.free.fr/cp/bulle ... sn_hdr.jpg
bulle_hal_asc_asn_hdr.jpg
You do not have the required permissions to view the files attached to this post.
Last edited by owlice on Thu Oct 24, 2013 12:30 pm, edited 1 time in total.
Reason: Attached smaller image for faster downloading; left link to larger image. Thanks for sharing!
Top 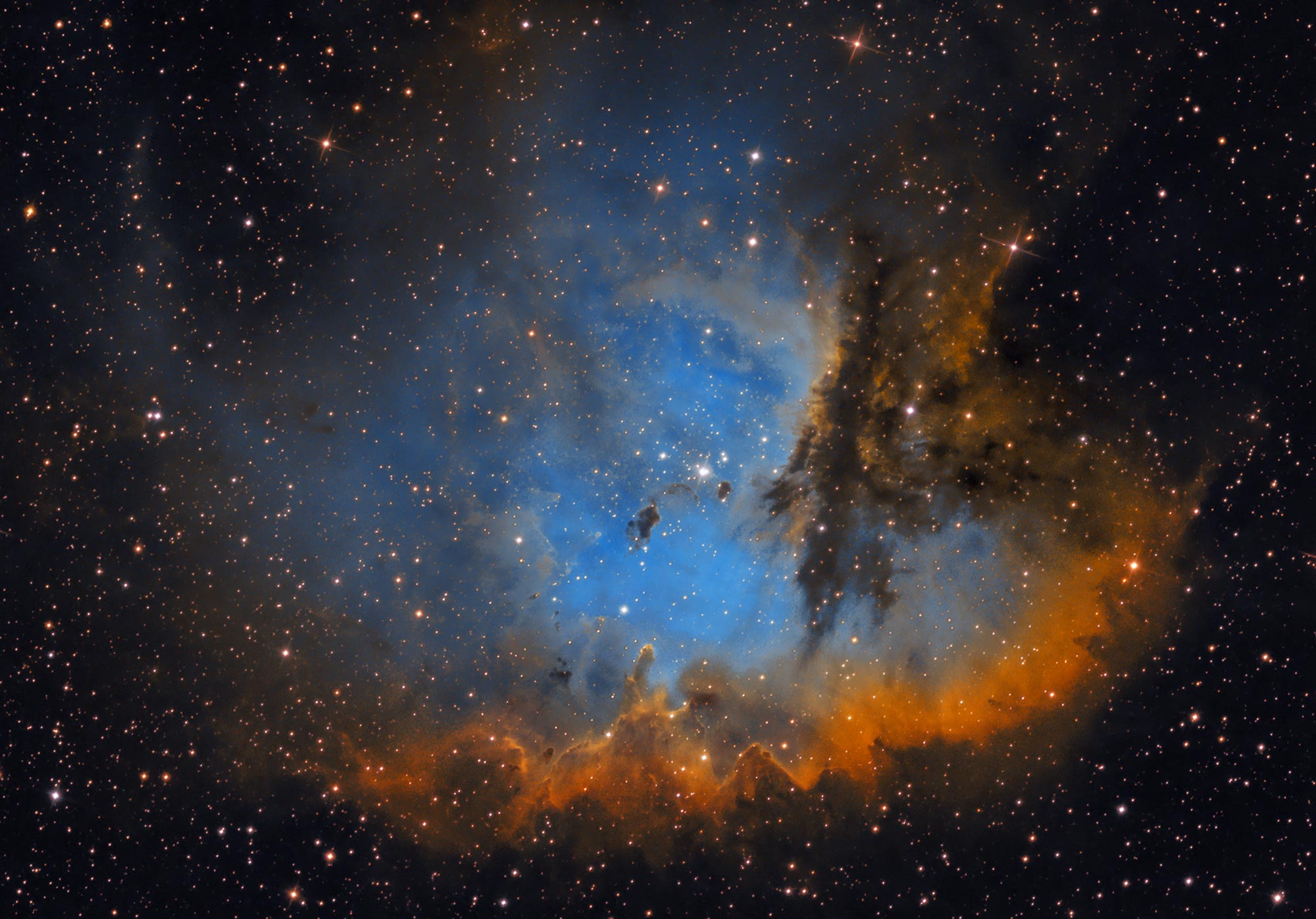 Looking at the center of our galaxy.
Copyright: César Cantú
You do not have the required permissions to view the files attached to this post.
I come to learn and to have fun.
Top

Actually, I intended to take another shot of the TeaPot, but then I saw quite interesting data during processing the Ha series of images.

The red halo appeared after combining the RGB image with the Ha image in PixInsight using the N[arrow]B[and]-RGB script.
All data taken with 60Da + Ha-clip-filter with 50mm/F1.4 lens (2.8) and Polarie.
You do not have the required permissions to view the files attached to this post.
Last edited by IanP on Wed Oct 23, 2013 12:19 pm, edited 1 time in total.
Top

I thought with Halloween just around the corner, I'd share this photo I captured in March 2012.
I have a fruit bat colony just up the road from me, and the night before Full Moon they take to the air just at the right time to coincide with the rising Moon. To capture is as simple as sitting on my front verandah , cup of tea at my elbow and the remote timer in my hand, and then I wait. The camera is set to burst mode, so if the bats look as though they are going to head toward the Moon, I'll capture a heap of shots in one go. Maybe one in 200 shots will nab me a full body silhouette. My ultimate goal is to capture the iconic Batman silhouette across the face of the Moon. haliçpanoramao.jpg
haliçpanoramak.jpg
Sky polarization as seen from historical Galata Tower (http://en.wikipedia.org/wiki/Galata_Tower) at sunset where the sun altitute was 6-7 degrees. Golden Horn is an inlet of the Bosphorus dividing the city of Istanbul and forming the natural harbor that has sheltered Greek, Roman, Byzantine, Ottoman and other ships for thousands of years (http://en.wikipedia.org/wiki/Golden_Horn) .There are many noticable places on this picture as seen on the labeled version.

Copyright: M. Raşid Tuğral
You do not have the required permissions to view the files attached to this post.
The Moon is set,
And the Pleiades.
Night's half gone,
Time's passing.
I sleep alone now. ”

Good grief, how do I attach an image to a post?
Top

Mike, if this post didn't help you, please register an account and PM me and I'll help you out.
Just call me "geck" because "zilla" is like a last name.
Top

Very rarely imaged part of Cygnus - Sh2-113 Flying Dragon Nebula. Requires a lot of Ha frames - this is about 10 hours with Officina Stellare Veloce RH 200 ( f/3) and STL 11000.
Better quality you can find in my gallery: www.astrofun.pl
Top About 2 weeks ago Michael van Doorn and me made images of M33 on the same evening. He took his images with his C11 Hyperstar, a 27 cm reflector with a f-ratio of only 2, allowing him to take very short exposures to gather much color information. At the same time I took images of a smaller field (the galaxy itself) with the TEC140 giving a higher resolution.

We combined the images before, but now we took the Hyperstar data for the widefield and the TEC data for the galaxy. This gives a perfect combination for gathering an image under light polluted conditions in a short time.

In total 11h of data were used for this image.

m33_widefield_tec_hyp_cr_v6-800.jpg
Full resolution
You do not have the required permissions to view the files attached to this post.
Top At the right is the Constelation of Draco, on top of it is Ursa Minor, According to the ancient Greek myth of Hercules, the constellation of Draco represented the Winged Dragon that guarded the Apples of the Hesperides and Ursa Minor the wings of the dragon which fyllage the Apples of Hesperides and Little Bear were the Wings of the Dragon. The Ursa Minor's tail has the Polar Star which is showing us the North celestial Pole, the Little Dipper is the Greek hero Arcas son of Zeus and Callisto who led the Pelesgians, who were renamed Arkades . In greek, Ursa is called "Arctos", from Arkas.
At the Center as the North Cross is the constellation of Cygnus, the ancient Greeks called it Ornis(birds) and with the Eagle(in the Clouds bottom left) and the Arrow (bottom left of Cygnus) the said the myth of Hercules and the Stymphalian Birds. The Swan symbolized Zeus, who transformed into a swan to mate with Leda, who gave birth to the Dioscuri, Castor and Pollux.
Bottom right is the constellation of Lyra with the very bright star Vega, our neighbor at 23.5 light-years, the full Arabic name is Al Nasr al Waki, " the eagle who falls or attacks ", so we see a representation of the constellation Lyra with an eagle, Lyra is the instrument of Apollo, given to him by young Hermes.
Among the Arrow and the Swan is Vulpecula, also known as the fox. To the left of the Constellation of Arrow is the Constellation Delphinus, which was observed in the antiquity by Ptolemy and represents the Delphinus delphis species, common in the Atlantic and Mediterranean, while on the left is the Constellation of Equuleus, which also recorded from Ptolemy, cataloged as Horse Bust and later became Equus primus/prior, the horse that came before the great winged horse of the Heavens, Pegasus. In the photo there parts of the constellations of Aquarius, Pegasus, Cepheus, Lacerta, Hercules, Ursa Major and the Aquila.
In terms of geology, the land consists of 1-2 million years old clay with shells and coal in its sediments..
Canon eos 40D full-spectra Samyang 8mm fisheye f3.5 iso800 30sec
You do not have the required permissions to view the files attached to this post.
Top 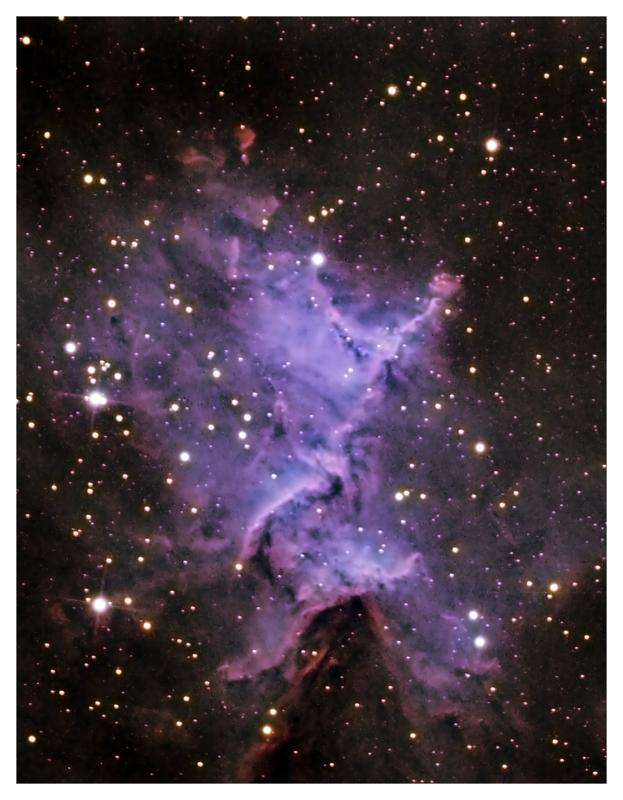 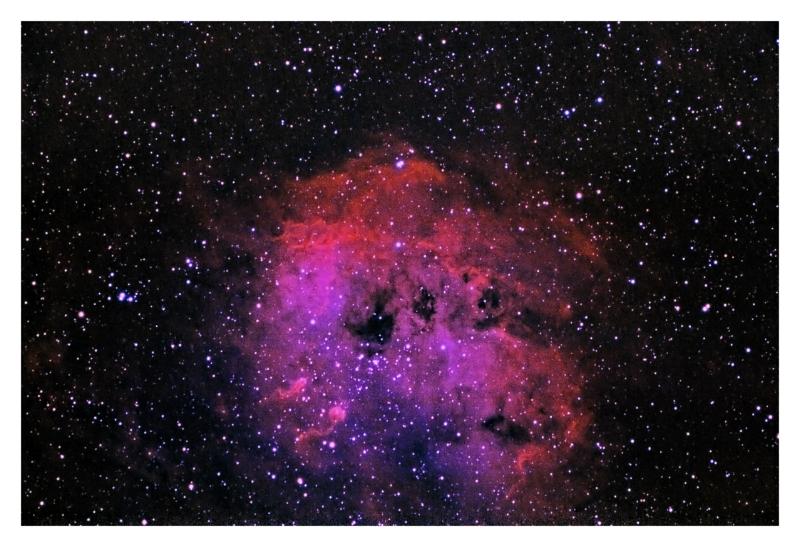 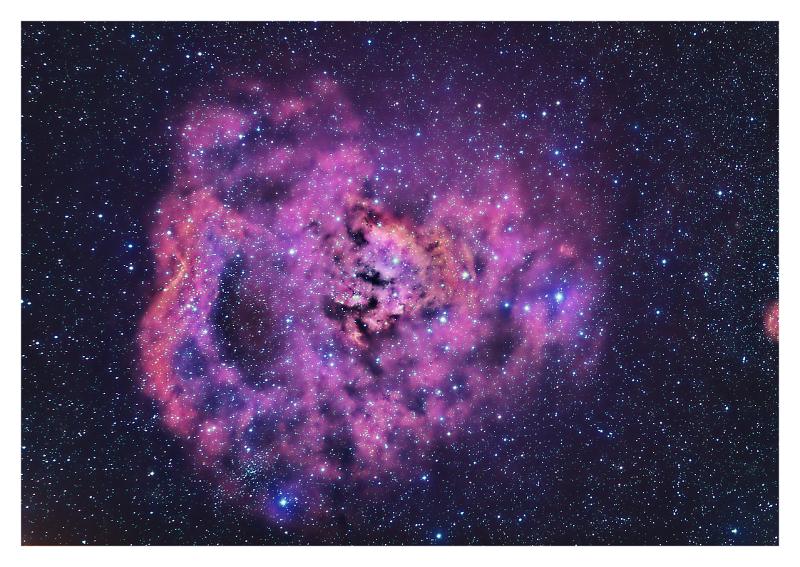 Walking under the winter-night sky 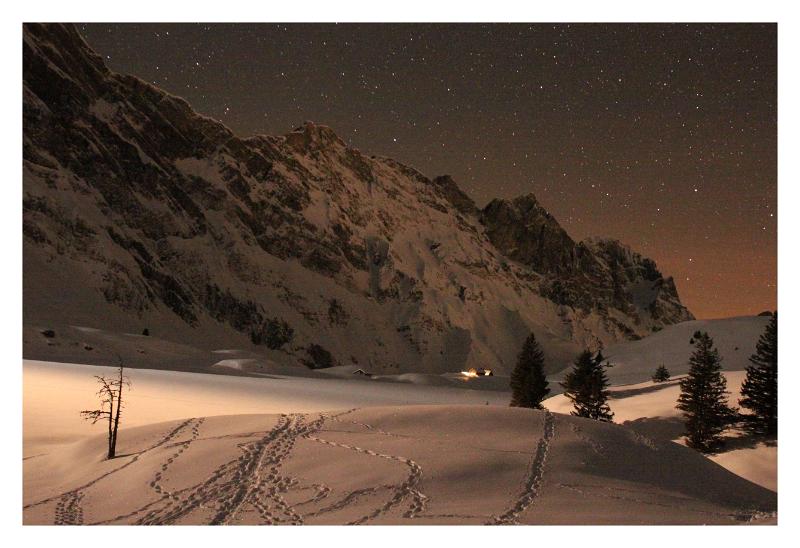 ... taken in Jan. 2013 at Titlis, Switzerland.
The landscape was illuminated by some snow groomers preparing the slopes for the next morning

Christoph Puetz wrote:Melotte 15
The Center of the heart nebula, taken with a PLANEWAVE 20 CDK
at the Peterberg Observatory in Saarland, Germany
Copyright: Christoph Puetz


Might you perhaps be overstating the precision of your equipment?

Impressive photos though, and I appreciate the technical details. Thanks.
Top

It's probably just a copy and paste from the Astrometry.net solver, Nitpicker. Computers are awesome like that.
Just call me "geck" because "zilla" is like a last name.
Top
235 posts