Comments and questions about the APOD on the main view screen.
47 posts

Explanation: New Horizons has survived its close encounter with Pluto and has resumed sending back images and data. The robotic spacecraft reported back on time, with all systems working, and with the expected volume of data stored. Featured here is the highest resolution image of Pluto taken before closest approach, an image that really brings Pluto into a satisfying focus. At first glance, Pluto is reddish and has several craters. Toward the image bottom is a surprisingly featureless light-covered region that resembles an iconic heart, and mountainous terrain appears on the lower right. This image, however, is only the beginning. As more images and data pour in today, during the coming week, and over the next year, humanity's understanding of Pluto and its moons will likely become revolutionized.

Amazing.
Are people still saying the white area looks like a heart? It used to, but now in the closer view it looks like a giant footprint.
Top

FLPhotoCatcher wrote:Amazing.
Are people still saying the white area looks like a heart? It used to, but now in the closer view it looks like a giant footprint.

FLPhotoCatcher has a point. It ties into something that these distinctly colored areas raise in my own thinking.

We've got months to wait before all the data is in from New Horizons, obviously. But, as I stare at the images, I get a strong impression that Pluto is going to reveal patterns about the entire solar system that may not have completely dawned on us before.

As a kid (and a rock hound at that) I learned of the different ways rock forms. We have igneous, sedimentary, conglomerate amongst others. By looking at Pluto, I can't help but get a sense that it may be a conglomeration of many differing pieces of rock, ice, gas and who knows what else that gravitationally bonded enough to form a sphere. Could those differing pieces have originally formed independently in areas rich in differing materials as our Sun-Oort Cloud system initially coalesced? Multiple pieces of disparate material flying in their own peculiar "orbits" either caught each other gravitationally, maybe electromagnetically (who can say - long shot I know) or simply smashed into each other. It drives a question strongly in my mind:

How about looking at the inner "rocky" planets as igneous formation processes, the gas giants as a type of sedimentary-like formation and Pluto (for starters) as a conglomerate. If it happens in the microcosm that is our planet, why not in a larger form in the way the planets came together? Food for thought for me. I'd love to hear what others think of the idea.
Top

LOL, "iconic heart"... Looks like somebody forgot to put their glasses on.
Top

(What a great image! But I'm surprised no one has complained that it is upside down.

What is the remaining purpose of the the mission? Why didn't they put it into orbit and gather tons o' data?
Top

If we renamed Pluto "the planetoid of love", it might cool some of the more ardent claims that Pluto is a planet. We'd just have to believe that the spot really does look like a heart.
Top 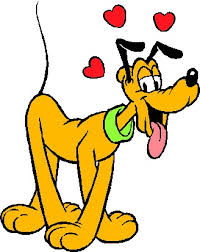 I feel very fortunate to be alive and able to experience this.

Some interpretation of this image is now available at http://xkcd.com/1551/
Top

Guest wrote:What is the remaining purpose of the the mission? Why didn't they put it into orbit and gather tons o' data?

It's about the best we can do with available technology and money. It takes energy to speed up and slow down a spacecraft. Moving fast enough to get to Pluto in reasonable time, New Horizons couldn't carry nearly enough rocket fuel to slow down again and enter orbit.
Top

Well the bright area does look a bit like a heart, but I think George Takei is on to something:

This is magnificent to see such a clear image of Pluto after 9 years of waiting, a lot has changed in my life since New Horizons was launched and I do feel slightly wiser.
Top

Great photo!!! We noticed a lack of cratering on the surface, although there are some. Does this mean that the surface is not that old (geological active?); or that the gravity well is too small to attract impact objects; or is it just too far out there to get hit? Also, does the 'reddish' color indicate iron oxide (?) like on mars?
Top

Dad is watching wrote:
We noticed a lack of cratering on the surface, although there are some. Does this mean that the surface is not that old (geological active?); or that the gravity well is too small to attract impact objects; or is it just too far out there to get hit? Also, does the 'reddish' color indicate iron oxide (?) like on mars?

Dad is watching wrote:
Also, does the 'reddish' color indicate iron oxide (?) like on mars?

https://en.wikipedia.org/wiki/Tholin wrote:
<<Tholins [after the ancient Greek word θολός (tholós) meaning "sepia ink"] are a class of heteropolymer molecules formed by solar ultraviolet irradiation of simple organic compounds such as methane or ethane. Tholins do not form naturally on modern-day Earth, but are found in great abundance on the surface of icy bodies in the outer Solar System. They usually have a reddish-brown appearance.

The term "tholin" was coined by astronomer Carl Sagan and his colleague Bishun Khare to describe the difficult-to-characterize substances he obtained in his Miller-Urey-type experiments on the gas mixtures that are found in Titan's atmosphere.[1] Tholins are not one specific compound but rather are descriptive of a spectrum of molecules that give a reddish, organic surface covering on certain planetary surfaces.

The surfaces of comets, centaurs, and many icy moons in the outer Solar System are rich in deposits of tholins. "Triton tholin" and "Titan tholin" are nitrogen-rich organic substances produced by the irradiation of the gaseous mixtures of nitrogen and methane found in the atmospheres of these moons; Triton's atmosphere is 99.9% nitrogen and 0.1% methane, while Titan's atmosphere is 98.4% nitrogen and the remaining 1.6% composed of methane and trace amounts of other gases. In the case of Titan, the haze and orange-red color of its atmosphere is thought to be caused by the presence of tholins. It is believed that tholins also occur on the dwarf planet Pluto, and that they are responsible for its red color. The plutino Ixion is also high in this substance.

Tholins may have also been detected in the stellar system of an eight-million-year-old star known as HR 4796A using the Near-Infrared Camera and Multi-Object Spectrometer (NICMOS) aboard the Hubble Space Telescope. The HR 4796 system is approximately 220 light years from Earth.

Some researchers have speculated that Earth may have been seeded by organic compounds early in its development by tholin-rich comets, providing the raw material necessary for life to develop (see Miller-Urey experiment for discussion related to this issue). Tholins do not exist naturally on present-day Earth due to the oxidizing character of the free oxygen component of its atmosphere ever since the Great Oxygenation Event around 2.4 billion years ago.>>

neufer wrote:The surface is not that old = geological active.

Well, that would be a common usage. But maybe not the only one. A planetary surface could be externally remodeled, and I think that might be seen as caused by something other than what we'd typically call geological activity.
Chris

I vote that we name this region :
Pluto01.jpg
"Mother Cottontail"
Pluto2.jpg
(with apologies to Beatrix Potter).
You do not have the required permissions to view the files attached to this post.
Mark Goldfain
Top

Guest wrote:What is the remaining purpose of the the mission?

I was reading a web page (somewhere!) that :-
A 'deep' sky survey was conducted to find new Kuiper belt objects along NH's continuing path,
5 were found, further analysis (fuel for path correction to visit) narrowed that to 2.
Of these 1 is interestingly large but will be passed further away, so less resolution. The second one can be passed closer but it is smaller.
I think they are still to decide if smaller means less interesting.
EDIT they cant do both, it is one or the other

I hope I have remembered the gist, not garbled it too much, because I cant find the page again

There is a resemblance between the two Plutos.

Maybe LOVE is the answer????

Closely studying the latest most detailed image of Charon, it looks like a cracked eggshell with the pieces poorly reassembled. Charon impact with Pluto almost shattered it, gravity pulled it back together?
Top

montylc2001 wrote:Closely studying the latest most detailed image of Charon, it looks like a cracked eggshell with the pieces poorly reassembled. Charon impact with Pluto almost shattered it, gravity pulled it back together?

Close up under the Heart

Most unfortunate though that the sun won't completely illuminate the other side of Pluto and Charon for 124 years
http://pluto.jhuapl.edu/News-Center/New ... e=20150715
Top
47 posts