Explanation: The sky glows with soft pinkish colors of fading twilight in this serendipitous mountaintop vista. Taken in subfreezing temperatures, the thoughtfully composed photo shows snowy, rugged peaks seen from a mountain pass on November 14. Below lies the village of La Villa, Alta Badia in Italy's Dolomite Alps. Above the nestled village lights, the constellation Ursa Major hangs over the northern horizon. But most stunning is the intense fireball meteor. It was captured during the camera's exposure by chance as it flashed east to west across the northern horizon, under Ursa Major's familiar Big Dipper asterism. In fact, sightings of this major fireball meteor were widely reported in European skies, the most reported fireball event ever for planet Earth's American Meteor Society and the International Meteor Organization. The meteor's measured track over Germany is consistent with its origin near the active radiant of November's Taurid Meteor Shower. Taurid meteors are associated with dust from Encke's comet.

While sleeping out in mid October in Northern Ontario 40 years ago I saw and heard a huge fireball flame, blaze and sizzle its way through a fantastic display of Northern Lights. (It was in my post-dope/alcohol abuse days, too, so don't tell me I didn't see and hear what I saw and heard!)
Top

In the fall of '09, we had driven from San Francisco to Benton, CA (just east of Yosemite), and were recovering in the (then shallow) hot tub of the Inn at Benton Hot Springs (recommended).
I was laying supine facing north, and my wife next to me, but facing south, when I saw a fireball streak by parallel to the horizon, just above the landscape. I was sober, but I doubted what I had seen. My wife was looking in the opposite direction, so she did not see it. It had the rounded drop-shape of the APOD meteror, but not angling to the earth, but moving just above the landscape horizon, about one-tenth the size of the one in APOD photo. Eventually I concluded indeed had seen a meteor fireball magnified by the horizon, like a rising/setting sun/moon is magnified at the horizon). "Eventually," because I remembered the notorious "Area 51" was less than 200 miles away (less "as=the=alien-flies"), and the "object" had the shape of a saucer/disk.

What a beautiful picture of the peaceful resort of La Villa - Alta Badia, just before the attack. Do you have any subsequent pictures of the smoldering ruins?
Mark Goldfain
Top 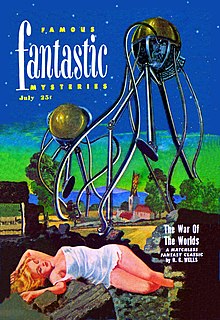 MarkBour wrote:
What a beautiful picture of the peaceful resort of La Villa - Alta Badia, just before the attack.

Do you have any subsequent pictures of the smoldering ruins?