Have you seen a great image or video somewhere that you think would make a great APOD? Nominate it for APOD! Please post as much information here as you have about the image/video with a link to any source(s) for it you know of here, and the editors will take a look.

When posting the image itself, please do not post anything larger than a thumbnail here; please honor the copyright holder's copyright.

<< Previously
Know the quiet place within your heart and touch the rainbow of possibility; be
alive to the gentle breeze of communication, and please stop being such a jerk. — Garrison Keillor
Top

Fe 6
https://www.hansonastronomy.com/ferrero ... n-g1296034
Copyright: Mark Hanson
Ferrero6.jpg
You do not have the required permissions to view the files attached to this post.
Top

LDN 557
http://www.atacama-photographic-observa ... .php?id=81
Copyright: Thierry Demange, Richard Galli and Thomas Petit
Ldn557.jpg
You do not have the required permissions to view the files attached to this post.
Top

AFGL 5173
http://www.cxielo.ch/gallery/v/nebulae/ ... x.jpg.html
Copyright: Martin Rusterholz
afgl5173.jpg
You do not have the required permissions to view the files attached to this post.
Top

[img3="Credit: ESO/Vernazza et al"]https://cdn.eso.org/images/screen/potw1749a.jpg[/img3][hr][/hr]
These images were taken by ESO’s SPHERE (Spectro-Polarimetric High-contrast Exoplanet REsearch) instrument, installed on ESO’s Very Large Telescope (VLT) at the Paranal Observatory, Chile. These strikingly-detailed views reveal four of the millions of rocky bodies in the main asteroid belt, a ring of asteroids between Mars and Jupiter that separates the rocky inner planets of the Solar System from the gaseous and icy outer planets.

Clockwise from top left, the asteroids shown here are 29 Amphitrite, 324 Bamberga, 2 Pallas, and 89 Julia. Named after the greek goddess Pallas Athena, 2 Pallas is about 510 kilometres wide. This makes it the third largest asteroid in the main belt and one of the biggest asteroids in the entire Solar System. It contains about 7% of the mass of the entire asteroid belt — so hefty that it was once classified as a planet. A third of the size of 2 Pallas, 89 Julia is thought to be named after St Julia of Corsica. Its stony composition led to its classification as an S-type asteroid. Another S-type asteroid is 29 Amphitrite, which was only discovered in 1854. 324 Bamberga, one of the largest C-type asteroid in the asteroid belt, was discovered even later: Johann Palisa found it in 1892. Today, it is understood that C-type asteroids may actually be bodies from the outer Solar System following the migration of the giant planets. As such, they may contain ice in their interior.

Although the asteroid belt is often portrayed in science fiction as a place of violent collisions, packed full of large rocks too dangerous for even the most skilled of space pilots to navigate, it is actually very sparse. In total, the asteroid belt contains just 4% of the mass of the Moon, with about half of this mass contained in the four largest residents: Ceres, 4 Vesta, 2 Pallas, and 10 Hygiea.

[img3="Credit: ESA/Hubble & NASA"]https://cdn.spacetelescope.org/archives ... w1749a.jpg[/img3][hr][/hr]
Don’t be fooled! The subject of this Picture of the Week, ESO 580-49, may seem tranquil and unassuming, but this spiral galaxy actually displays some explosive tendencies.

In October of 2011, a cataclysmic burst of high-energy gamma-ray radiation — known as a gamma-ray burst, or GRB — was detected coming from the region of sky containing ESO 580-49. Astronomers believe that the galaxy was the host of the GRB, given that the chance of a coincidental alignment between the two is roughly 1 in 10 million. At a distance of around 185 million light-years from Earth, it was the second-closest gamma-ray burst (GRB) ever detected.

Gamma-ray bursts are among the brightest events in the cosmos, occasionally outshining the combined gamma-ray output of the entire observable Universe for a few seconds. The exact cause of the GRB that probably occurred within this galaxy, catalogued as GRB 111005A, remains a mystery. Several events are known to lead to GRBs, but none of these explanations appear to fit the bill in this case. Astronomers have therefore suggested that ESO 580-49 hosted a new type of GRB explosion — one that has not yet been characterised.


http://asterisk.apod.com/viewtopic.php?p=274247#p274247
Know the quiet place within your heart and touch the rainbow of possibility; be
alive to the gentle breeze of communication, and please stop being such a jerk. — Garrison Keillor
Top

Running Chicken Nebula (IC 2944)
http://www.cielaustral.com/galerie/photo69.htm
Copyright: Ciel Austral
photo69bf.jpg
photo69f.jpg
You do not have the required permissions to view the files attached to this post.
Top

NGC 1549, NGC 1553 and NGC 1566
http://www.astro-austral.cl/imagenes/ga ... p/info.htm
Copyright: José Joaquín Pérez
max.jpg
NGC 1549 and NGC 1553 are the pair of elliptical galaxies and NGC 1566 is the spiral galaxy.
You do not have the required permissions to view the files attached to this post.
Top 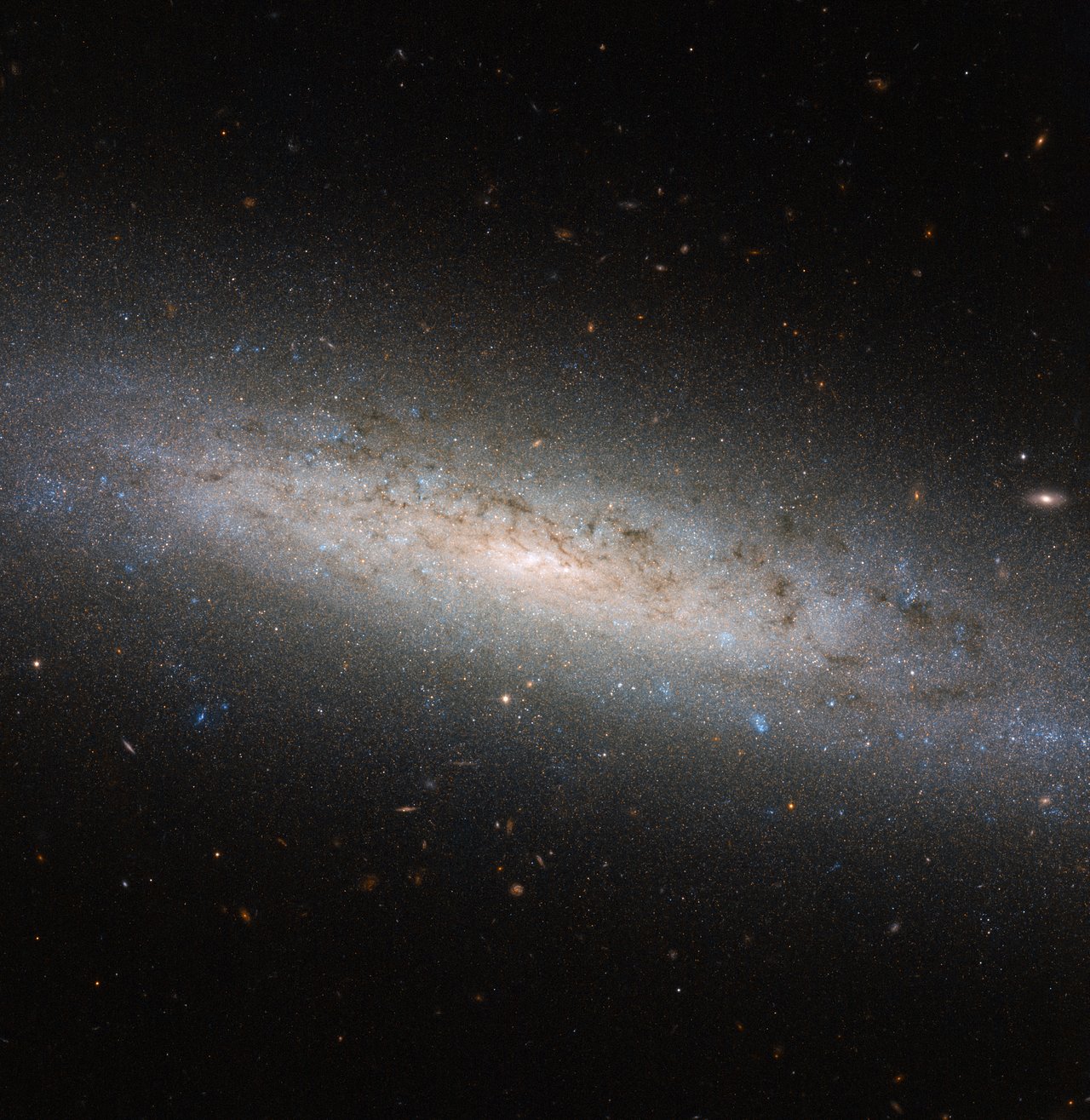 Methane in Saturn - Firing it with style

Methane (CH4) a gas that in contact with the Earth's atmosphere can have high inflatable power, exists in other planets, source of abiotic products.

In the near infrared at 890 nm. This filter is very interesting because, unlike all the others, it does not reveal information regarding the color differences of the planet, but the relative altitude of the cloud structures!

The brightness of a particular detail is directly correlated with its relative altitude in the Jovian atmosphere: the brighter it is, the higher it is. We observe that the red patches of the planet (GRS, BA) and the south polar cap are the highest structures ... This kind of information is very valuable.

The basic reason that there are gases heavier than hydrogen in the upper atmosphere of Saturn and its anes is that it is hot enough for methane, ammonia, etc. in the atmosphere are gaseous (they do not condense into a liquid) and the atmosphere is well mixed by convection.

What struck me was that no significant amounts of methane were detected on the moons of Saturn, I tried to verify the northern region of Titan, with an intense focus on it, but did not detect significant amount of methane in gaseous form, which was a surprise. Studies have been done on several consecutive nights, I am exposing some of the 1500 images made.

M49 region
http://www.starpointing.com/ccd/m49.html
Copyright: Fabian Neyer
m49.jpg
You do not have the required permissions to view the files attached to this post.
Top

UGC 6614
http://www.capella-observatory.com/Imag ... GC6614.htm
Copyright: Stefan Binnewies and Josef Pöpsel
UGC6614.jpg
You do not have the required permissions to view the files attached to this post.
Top

[img3="Credit: ESO/I. Saviane"]https://cdn.eso.org/images/screen/potw1750a.jpg[/img3][hr][/hr]
This image captures the moment that a supermoon seemed to rest on top of the Chilean mountains, seen from 4.5 kilometres distance from the summit of La Silla. Although not terribly interesting from a scientific perspective, during this relatively rare event the Moon is a little closer to Earth, making its diameter appear about 10% larger in the sky.

A supermoon occurs when a full Moon coincides with its perigee — the point in the Moon’s elliptical orbit at which it is nearest to Earth. A full Moon occurs on average every 30 days, and is at its perigee every 28 days. Three or four times a year these two events occur at almost the same time, creating a supermoon. An astrologer, Richard Nolle, first coined the term supermoon over 30 years ago, but it has only recently come into popular astronomical usage. Before they were known as supermoons, astronomers referred to them as perigee full Moons, but neither title has brought with it a precise definition of when exactly the supermoon occurs.

No matter what we call them, supermoons — like all full Moons — have real physical effects on Earth. Full moons act with the Sun to create larger than usual tides, known as spring tides. But when the full Moon is also at its perigee, its gravitational pull is even larger and Earth’s tides become ever bigger, known as perigean spring tides.

[img3="Credit: ESA/Hubble & NASA"]https://cdn.spacetelescope.org/archives ... w1750a.jpg[/img3][hr][/hr]
Galaxies glow like fireflies in this spectacular NASA/ESA Hubble Space Telescope image! This flickering swarm of cosmic fireflies is a rich cluster of galaxies called Abell 2163. Abell 2163 is a member of the Abell catalogue, an all-sky catalogue of over 4000 galaxy clusters. It is particularly well-studied because the material sitting at its core (its intracluster medium) exhibits exceptional properties, including a large and bright radio halo and extraordinarily high temperatures and X-ray luminosities. It is the hottest cluster in the catalogue! Observing massive clusters like Abell 2163 can contribute to the study of dark matter, and provide a new perspective on the distant Universe via phenomena such as gravitational lensing.

This image was taken by Hubble’s Advanced Camera for Surveys (ACS) and Wide-Field Camera 3 (WFC3), partially for an extensive observing programme called RELICS. The programme is imaging 41 massive galaxy clusters to find the brightest distant galaxies, which will be studied in more detail using both current telescopes and the future NASA/ESA/CSA James Webb Space Telescope (JWST).

[c][attachment=0]STSCI-H-p1737c-f-M79.jpg[/attachment][/c][hr][/hr]
It’s beginning to look a lot like the holiday season in this NASA Hubble Space Telescope image of a blizzard of stars, which resembles a swirling snowstorm in a snow globe.

The stars are residents of the globular star cluster Messier 79, or M79, located 41,000 light-years from Earth, in the constellation Lepus. The cluster is also known as NGC 1904.

Globular clusters are gravitationally bound groupings of as many as 1 million stars. M79 contains about 150,000 stars packed into an area measuring only 118 light-years across. These giant “star-globes” contain some of the oldest stars in our galaxy, estimated to be 11.7 billion years old. ...

In the Hubble image, Sun-like stars appear yellow. The reddish stars are bright giants that represent the final stages of a star’s life. Most of the blue stars sprinkled throughout the cluster are aging “helium-burning” stars. These bright blue stars have exhausted their hydrogen fuel and are now fusing helium in their cores.

A scattering of fainter blue stars are “blue stragglers.” These unusual stars glow in blue light, mimicking the appearance of hot, young stars. Blue stragglers form either by the merger of stars in a binary system or by the collision of two unrelated stars in M79’s crowded core. ...

NGC 1097
http://astrodonimaging.com/gallery/ngc-1097/
Copyright: Don Goldman
NGC1097.jpg
You do not have the required permissions to view the files attached to this post.
Top

This morning 14th of December the sky cleared up for only an hour and gave an opportunity to capture and observe quite a few meteors. I counted more than 50 in on hour and had a once in a lifetime experience by witnessing the very bright and long meteor that was recorded near the center of the image. Since 1998 I have been observing the sky for meteor showers but nothing comes even close to the view of this fireball! The location of the shooting is called Rodokipos in Halkidiki Greece and after staying up all night watching the clouds, it was well worth the effort!
Top

Hubble was just looking at this rock yesterday.
Just call me "geck" because "zilla" is like a last name.
Top

Hubble was just looking at this rock yesterday.

They timed that just about right. When or how would one find the image?
Freddy's Felicity "Only ascertain as a cat box survivor"
Top
45 posts