Explanation: Put on your red/blue glasses and float next to asteroid 101955 Bennu. Shaped like a spinning top toy with boulders littering its rough surface, the tiny Solar System world is about 1 Empire State Building (less than 500 meters) across. Frames used to construct this 3D anaglyph were taken by PolyCam on board the OSIRIS_REx spacecraft on December 3 from a distance of about 80 kilometers. Now settling in to explore Bennu from orbit, the OSIRIS-REx mission is expected to deliver samples of the asteroid to planet Earth in 2023. Samples of dust from another asteroid will streak through Earth's atmosphere much sooner though, when the Geminid meteor shower peaks in predawn skies on December 14. The parent body for the annual Geminids is asteroid 3200 Phaethon.

A cross-eyed stereo pair version, for those without glasses or who simply prefer viewing a pair.
_
ana03BennuVantuyne1465c_crossed.jpg
You do not have the required permissions to view the files attached to this post.
Chris

I see an alien.
Top

OMG! It looks like the snout of a shark coming at you! In the flat pictures Bennu looks so, well, flat. I put on the glasses first backwards by mistake [They aren't glasses but flat inserts that I got out of a magazine some 20 years ago, and the L and R print has worn off from use.] and the asteroid looked like a deep yawning cavern. Really freaky looking.
Top

It could be my aging eyes, but there appears to be a rectangle of lighter material stretching from upper left to lower right on both the APOD and Chris' stereo pair (which almost left me permanently cross-eyed). Is it for real, and if so, has there been any realistic speculation as to its nature?
Top

I prefer 3D without glasses, in the parallel view (//) method or, the one I use, the cross-eyed (X) method. Here they are (my X view is higher scale the the one above):

@aildoux I prefer your method on second image though and TY for better scale.
Top 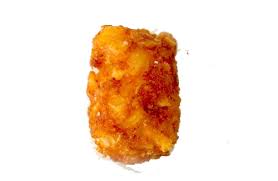 Thanks for the additional views, chris and aildoux. They're very nice.


NCTom wrote: ↑Thu Dec 13, 2018 12:40 pm It could be my aging eyes, but there appears to be a rectangle of lighter material stretching from upper left to lower right on both the APOD and Chris' stereo pair (which almost left me permanently cross-eyed). Is it for real, and if so, has there been any realistic speculation as to its nature?

I can vaguely see it, I believe I might be seeing the same lighter patch you are describing. Of course Bennu is a very rough surface, and one should expect the "opposition surge" effect (https://en.wikipedia.org/wiki/Opposition_surge) . So, looking at the lighting here, one could consider that effect before looking for any further cause. In the "Now settling in" link in the APOD caption there is a video composed from many captures. Though it is not at all as clear as these stills, it shows a light patch in the middle that stays in the same position as the body rotates. So, my guess is that this is a lighting effect you are seeing.
Mark Goldfain
Top

Next step : the two images on videos or gif ! That will be magic.
Top

Thanks, Mark. That sound a whole lot better than me going blind!
Top
11 posts • Page 1 of 1