The Perseids and the Plough

Explanation: Despite interfering moonlight, many denizens of planet Earth were able to watch this year's Perseid meteor shower. This pastoral scene includes local skygazers admiring the shower's brief, heavenly flashes in predawn hours near peak activity on August 13 from Nalati Grassland in Xinjiang, China. A composite, the image registers seven frames taken during a two hour span recording Perseid meteor streaks against a starry sky. Centered along the horizon is the Plough, the north's most famous asterism, though some might see the familiar celestial kitchen utensil known as the Big Dipper. Perhaps the year's most easily enjoyed meteor shower, Perseid meteors are produced as Earth itself sweeps through dust from periodic comet Swift-Tuttle. The dust particles are vaporized at altitudes of 100 kilometers or so as they plow through the atmosphere at 60 kilometers per second.

Jersey Cows from the Far Side (of our planet).
Just as zero is not equal to infinity, everything coming from nothing is illogical.
Top

How much energy is released when a meteor disintegrates in a flash?

Jersey Cows from the Far Side (of our planet).

And what do they call the Perseids? Sorry, I don't speak that much Cow.

So if I understand the description of the photo, there were 7 Perseid meteor streaks over a 2 hour period? That is about 1 every 15 minutes. That seems right. I usually spend 15 minutes craning my neck up only to here my partner say "Ooh, there goes one, did you see it?" but I was looking in the wrong direction. Rest assured though with your sympathy, I usually see one when I decide to go back in the door, turn around just for one last try, and one meteor obliges from just past the porch.
Top 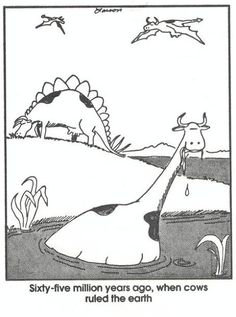 Jersey Cows from the Far Side (of our planet).

I wouldn't be so sure about that.
Art Neuendorffer
Top


Jersey Cows from the Far Side (of our planet).

I wouldn't be so sure about that.

If you say so Art: I'll drink to that!