InSight on a Cloudy Day

Explanation: Clouds drift through the sky as the light fades near sunset in this three frame animated gif. The scene was captured on sol 145 beginning around 6:30pm local time by a camera on the Mars InSight lander. Of course, InSight's martian day, sol 145, corresponds to Earth calendar date April 25, 2019. Under the 69 centimeter (2.3 foot) diameter dome in the foreground is the lander's sensitive seismometer SEIS designed to detect marsquakes. Earthquakes reveal internal structures on planet Earth, and so tremors detected by SEIS can explore beneath the martian surface. In particular, two typical marsquakes were recorded by SEIS on May 22 (sol 173) and July 25 (sol 235). The subtle tremors from the Red Planet are at very low frequencies though, and for listening have to be processed into the audio frequency range. In the sped up recordings external noises more prevalent on cool martian evenings and likely caused by mechanical shifts and contractions have been technically dubbed dinks and donks. Pretty impressive cloud cover for Mars. I know it’s practically a vacuum as far as the human body is concerned but damn it looks so earthlike.

Anybody know what that flashing pixel in the upper left is? At first I thought it was just a burnt out pixel but it brightens and darkens which isn’t the behaviour of a bad pixel as far as I know.
Top

Mars with few clouds. ESA/Rosetta/Osiris.
I was surprised at how thick the clouds were as well, thick enough to noticeably dim the sun.

Is there a meteorite in the upper right?
Top

So...
Today's APOD got me wondering.
Is there an "official" Martian calendar?
It mentioned 6:30 Local time, but there must be a way scientists/astronomers keep track of pan-Martian events, or is every "calendar event" listed only in "sols date" of arrival of that particular piece of equipment? (seems unlikely)
I.e. when does the Martian New Year begin? Is the Martian year divided into months (Moonths?) (considering their moons are not visible from the poles).
If so, are those "marnths" named? Are weeks counted?
And "Local Time", how many Time Zones are on Mars?
If all this exists, is there a .pdf calendar we can print out for each year?
(I definitely want know if there is a pin-up for each month, I have a personal affection for Mq. Xoqsleeb. B^)
Top

We love you Ann!
Orin

We love you Ann!

Right back at you, Orin!


viewtopic.php?p=295770#p295770
Know the quiet place within your heart and touch the rainbow of possibility; be
alive to the gentle breeze of communication, and please stop being such a jerk. — Garrison Keillor
Top

Thanks, bystander! The youtube video didn't just let us hear som "dinks", but also told us what caused them!

"Dinks" caused by friction in seismometer 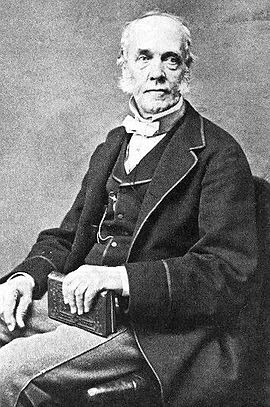 <<William Lassell (18 June 1799 – 5 October 1880) was born in Bolton, Lancashire. After the death of his father, he was apprenticed from 1814 to 1821 to a merchant in Liverpool. He then made his fortune as a beer brewer, which enabled him to indulge his interest in astronomy. He built an observatory at his house "Starfield" in West Derby, a suburb of Liverpool. There he had a 24-inch reflector telescope, for which he pioneered the use of an equatorial mount for easy tracking of objects as the Earth rotates. He ground and polished the mirror himself, using equipment he constructed. The observatory was later (1854) moved further out of Liverpool, to Bradstone.

In 1846 Lassell discovered Triton, the largest moon of Neptune, just 17 days after the discovery of Neptune itself by German astronomer Johann Gottfried Galle. In 1848 he independently co-discovered Hyperion, a moon of Saturn. In 1851 he discovered Ariel and Umbriel, two moons of Uranus.

In 1855, he built a 48-inch telescope, which he installed in Malta because of the observing conditions that were better than in often-overcast England. On his return to the UK after several years in Malta he moved to Maidenhead and operated his 24-inch telescope in an observatory there.
Upon his death in Maidenhead in 1880, Lassell left a fortune of £80,000 (roughly equivalent to £7,800,000 in 2018). His telescope was presented to the Royal Observatory in Greenwich.

Lassell was a Fellow of the Royal Astronomical Society (FRAS) from 1839, won the Gold Medal of the Royal Astronomical Society in 1849, and served as its president for two years starting in 1870. He was elected a Fellow of the Royal Society (FRS) in 1849 and won their Royal Medal in 1858. The crater Lassell on the Moon, a crater on Mars, the asteroid 2636 Lassell and a ring of Neptune are named in his honour. At the University of Liverpool the William Lassell prize is awarded to the student with the highest grades graduating the B.Sc. program in Physics with Astronomy each year.>>