Explanation: What stars shine in Earth's northern hemisphere during winter? The featured image highlights a number of bright stars visible earlier this month. The image is a 360-degree horizontal-composite panorama of 66 vertical frames taken consecutively with the same camera and from the same location at about 2:30 am. Famous stars visible in the picture include Castor & Pollux toward the southeast on the left, Sirius just over the horizon toward the south, Capella just over the arch of the Milky Way Galaxy toward the west, and Polaris toward the north on the right. Captured by coincidence is a meteor on the far left. In the foreground is the Museum of the Orava Village in Zuberec, Slovakia. This village recreates rural life in the region hundreds of years ago, while the image captures a timeless sky surely familar to village residents, a sky also shared with northern residents around the world.

https://en.wikipedia.org/wiki/European_bison wrote:
Click to play embedded YouTube video.
<<Zuberec is a ski resort village in northern Slovakia. It is named after the European bison (Slovak: Zubor), an animal that used to be abundant in the region at the time of the foundation of the village.

The European bison (Bison bonasus), also known as zubr, wisent, or the European wood bison, is a Eurasian species of bison. It is one of two extant species of bison, alongside the American bison. Three subspecies existed in the recent past, but only one, the nominate subspecies (B. b. bonasus) survives today. Analysis of mitochondrial genomes and nuclear DNA revealed that the wisent is theoretically the result of hybridisation between the extinct Steppe bison (Bison priscus) and the ancestors of the aurochs (Bos primigenius) since their genetic material contains up to 10% aurochs genomic ancestry; the possible hybrid is referred to informally as the Higgs bison, a play-on-words in reference to the Higgs boson.

The modern English word "wisent" was borrowed in the 19th century from modern German: Wisent, itself from Old High German: wisunt, wisant, related to Old English: wesend, weosend, and Old Norse: vísundr. The English word "bison" was borrowed around 1611 from Latin: bisōn (pl. bisontes), itself from Germanic. The Proto-Germanic root: *wis-, also found in weasel, originally referred to the animal's musk. In 1996, the International Union for Conservation of Nature classified the European bison as an endangered species. Its status has since been changed to being a vulnerable species. In the past, especially during the Middle Ages, it was commonly killed for its hide and to produce drinking horns.>>

Are you sure it is a meteor in the far left? Maybe it could be Santa and his sleigh? Little children if you are reading this, get into bed now. You know who is on his way.
Top 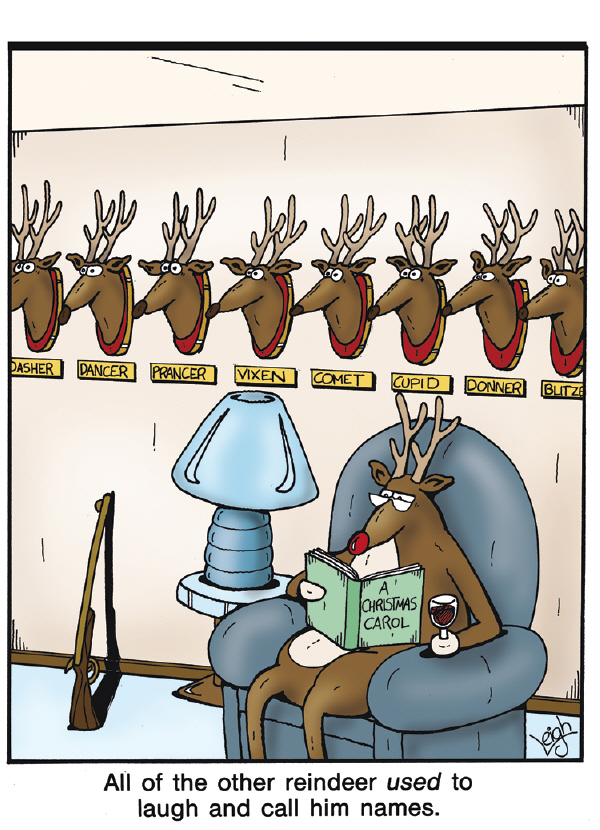 Are you sure it is a meteor in the far left?
Maybe it could be Santa and his sleigh?
Little children if you are reading this, get into bed now.
You know who is on his way.

https://en.wikipedia.org/wiki/Santa_Claus#Origins wrote:
<<Early representations of the gift-giver from Church history and folklore, notably St Nicholas (known in Dutch as Sinterklaas), merged with the English character Father Christmas to create the character known to Americans and the rest of the English-speaking world as "Santa Claus" (a phonetic derivation of "Sinterklaas"). In Washington Irving's History of New York (1809), "Santa Claus" (a name first used in the American press in 1773) lost his bishop's apparel, and was at first pictured as a thick-bellied Dutch sailor with a pipe in a green winter coat. Irving's book was a lampoon of the Dutch culture of New York, and much of this portrait is his joking invention.

In 1821, the book A New-year's present, to the little ones from five to twelve was published in New York. It contained Old Santeclaus with Much Delight, an anonymous poem describing Santeclaus on a reindeer sleigh, bringing presents to children. Some modern ideas of Santa Claus seemingly became canon after the anonymous publication of the poem "A Visit From St. Nicholas" in the Troy, New York, Sentinel on 23 December 1823; Clement Clarke Moore later claimed authorship, though some scholars argue that Henry Livingston, Jr. (who died nine years before Moore's claim) was the author. St. Nick is described as being "chubby and plump, a right jolly old elf" with "a little round belly", that "shook when he laughed like a bowlful of jelly", in spite of which the "miniature sleigh" and "tiny reindeer" still indicate that he is physically diminutive. The reindeer were also named: Dasher, Dancer, Prancer, Vixen, Comet, Cupid, Dunder and Blixem (Dunder and Blixem came from the old Dutch words for thunder and lightning, which were later changed to the more German sounding Donner and Blitzen).

By 1845 "Kris Kringle" was a common variant of Santa in parts of the United States. A magazine article from 1853, describing American Christmas customs to British readers, refers to children hanging up their stockings on Christmas Eve for "a fabulous personage" whose name varies: in Pennsylvania he is usually called "Krishkinkle", but in New York he is "St. Nicholas" or "Santa Claus". The author quotes Moore's poem in its entirety, saying that its descriptions apply to Krishkinkle too.>>

Aldebaran in the Bull is clearly visible, however Pleiades are not. Why is it so?
Top

Pleiades are to the right of Aldebaran, midway between the tops of the evergreen and the deciduous trees. Only the brightest of the Sisters are clearly visible.
Top

This is such a lovely and beautiful APOD! I particularly like the stark contrast between the colorless snowy night landscape and the sparkling colors of the sky.